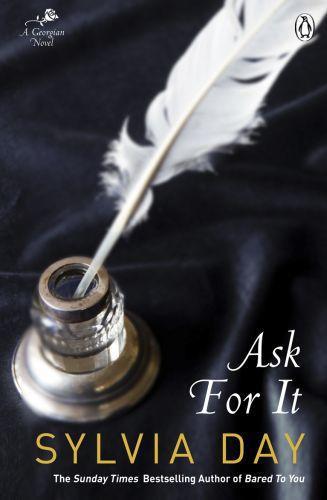 England, 1770. As an agent to the Crown, Marcus Ashford has fought numerous sword fights and dodged bullets and cannon fire. Yet nothing arouses him more than his hunger for former fiance, Elizabeth. Years ago, she'd abandoned him for the boyishly charming Lord Hawthorne. But now Marcus has been ordered to defend Elizabeth from her husband's killers and he has sworn to do so while tending to her other, more carnal needs. He will be at her service, in every sense.

Praise for Sylvia Day, bestselling author of the sensational Bared to You and Reflected in You, first two books in the Crossfire trilogy:

'Move over Danielle Steel and Jackie Collins, this is the dawn of a new Day' Amuse 'Several shades darker and a hundred degrees hotter than anything you've read before' Reveal Sylvia Day is the #1 New York Times and #1 international bestselling author of over 20 award-winning novels sold in more than 40 countries. She is a #1 bestselling author in 23 countries, with tens of millions of copies of her books in print. Her Crossfire series has been optioned for television by Lionsgate.
Visit Sylvia at www.sylviaday.com, Facebook.com/AuthorSylviaDay and on Twitter @SylDay.