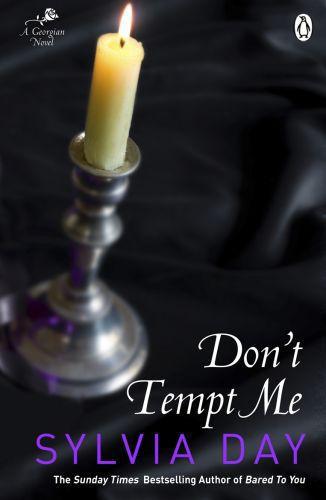 Lynette Baillon's twin, Lysette, died in an accident. Or so Lynette believed until, at a seductive masked ball in Paris, sexy stranger Simon Quinn mistakes her for her sister Lysette. And Simon, who planned to hand notorious assassin Lysette Rousseau over to the French, finds his plans confounded. However, on learning that her sister still lives - for now - Lynette vows to be reunited with her twin. Now she must enter an alluring but ensnaring underworld of dark and twisted desires, where Quinn rules.

Praise for Sylvia Day, bestselling author of the sensational Bared to You and Reflected in You, first two books in the Crossfire trilogy:
'Move over Danielle Steel and Jackie Collins, this is the dawn of a new Day' Amuse 'Several shades darker and a hundred degrees hotter than anything you've read before' Reveal Sylvia Day is the #1 New York Times and #1 international bestselling author of over 20 award-winning novels sold in more than 40 countries. She is a #1 bestselling author in 23 countries, with tens of millions of copies of her books in print. Her Crossfire series has been optioned for television by Lionsgate. Visit Sylvia at www.sylviaday.com, Facebook.com/AuthorSylviaDay and on Twitter @SylDay.